In the last few years, Central Europe has emerged as a regional flashpoint in the battle for the future of independent public service media in the European Union.

In Slovenia, editorial staff are currently in a stand-off with the management over what they say are politicised efforts to erode editorial independence. As internal disagreements escalate and strikes continue, the new government is pushing for legislative reforms which depoliticise Radiotelevizija Slovenija – and faces an upcoming referendum challenge by the opposition in doing so.

In the Czech Republic meanwhile, a country often lauded as the regional model for professional public service media, after years of sustained political pressure under the previous government of former PM Andrej Babiš, the new administration is close to passing legislation aimed at limiting political interference and shoring up the broadcaster’s institutional independence.

Two countries, with a shared set of pressures on independent public media, and similar initiatives by newly elected governments to pass democratic reforms.

In this webinar, speakers will discuss the latest developments in both countries, explore parallels in the challenges faced, and asses the ongoing legislative efforts to insulate their country’s public broadcasters against future illiberal attacks.

Italy: Journalists brace for impact as Giorgia Meloni’s new government begins
How Slovak politicians did not learn from the murder of a journalist 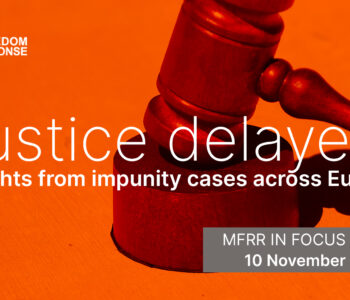 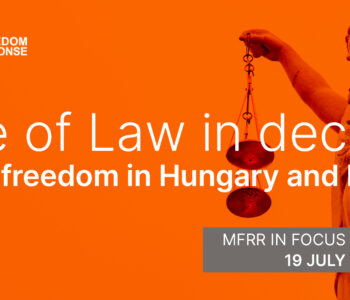