The partner organisations of the Media Freedom Rapid Response (MFRR) today express concern over the latest summons issued by France’s top security agency to journalists from investigative platform Disclose and public broadcaster Radio France over the suspected violation of national secrecy in connection with their reporting on the armed forces.

Our organisations raise the alarm that the three journalists summoned for voluntary questioning could face potential prison sentences of up to five years and a fine of €75,000 if charged and ultimately found guilty. We therefore urge the General Directorate of Internal Security (DGSI) to seriously consider the implications of this case for press freedom.

The summons is linked to a March 2018 investigation authored by Collombat and Livolsi, entitled “Air transport: suspicions of influence peddling in the army”, which reported that the National Financial Prosecutor’s Office (PNF) was probing allegations of financial misconduct in the military. The article revealed that high-ranking officers including a named official of the Special Operations Command (COS) were being investigated over alleged air transport subcontracting fraud.

The trio are due to be questioned on the suspicion that they “committed or attempted to commit the offense of revealing or disclosing information allowing the identification of a member of a special forces unit”. According to reports, the summons comes after an unnamed former member of the French special forces filed a complaint. Livolsi from Disclose has stressed that all the officers named in the investigation work in the logistics services of the army, rather than on a mission or in a conflict area and were not in any danger. Both Disclose and Radio France stand by the accuracy and public interest nature of the publication.

Our organisations note that this summons is part of a wider pattern of criminal investigations against media by DGSI in recent years. Journalists from Disclose and Radio France were the subject of a separate investigation in 2019. That summons was based on a complaint by the Ministry of the Armed Forces about publication of classified information about French complicity in supplying weapons to Saudi Arabia which were used to commit war crimes in Yemen. In that case, the DGSI questioned the two co-founders of Disclose and Collombat about a potential violation of national secrecy and attempted to identify their sources.

A second investigation into Disclose was then initiated in November 2021 in connection with its revelations about the alleged complicity of French military intelligence in the arbitrary executions of civilians in Egypt. That time, the Ministry of the Armed Forces filed a complaint alleging the non-profit platform had violated national defence secrecy. Both of these previous probes targeted legitimate and public interest journalism which had led to serious questions and criticism about the operations of the French military and intelligence services.

As in those cases, this summons has serious implications for media freedom. Firstly, serious questions arise as to why this complaint was made now, nearly five years after the journalists’ investigation was published. Moreover, as this probe is being conducted within the scope of national security, the DGSI has the full range of investigatory powers at its disposal, including the use of surveillance tools. This not  only creates a stressful climate for the media outlets but could also discourage sources and potential whisteblowers from speaking out.

Our organisations recognise the challenges which come with striking the right balance between safeguarding press freedom and protecting national security. However, it is vital for democracy that journalists and media outlets carrying out investigative reporting on matters of public interest, including about the armed forces and even the special forces, must be able to work free from all forms of pressure or retaliation.

Ahead of the summons on Wednesday December 14, our organisations emphasise that we will closely monitor developments and will respond strongly to further escalations which negatively affect the freedom of the press. If required, we also stand ready to provide assistance to the affected journalists through our MFRR legal support fund. 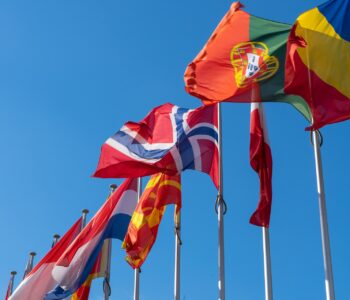