Since 2020, OBCT and Q Code Mag have been managing a protected residence programme for threatened journalists in Milan, aimed at protecting media professionals who experience threats, intimidation, and perils due to their journalistic work. The programme is part of the Media Freedom Rapid Response initiative funded by the European Commission, and in coordination with the European Centre for Press and Media Freedom, which manages the residences of Leipzig in Germany and Pristina in Kosovo.

The day of discussion aims to make the public aware of the reality of protected residences, which have been active for almost three years, and to expand support for this initiative by involving the city’s institutions as well as civil society groups. The ambitious goal is to make Milan a shelter city for threatened journalists and, in the future, also for human rights activists and defenders.

The afternoon session will involve representatives of over 25 groups that include local institutions, private foundations, trade unions and from the civil society, in a debate aimed at exploring ways to consolidate Milan as a safe shelter for journalists. This session will be conducted behind closed doors and accessible remotely only through an invitation link. Speakers of this event will be Christian Elia, co-director of Q Code Magazine and coordinator of JiR Milan, Alina Toporova of JiR Leipzig, Xhemajl Rexha of JiR Pristina, and two journalists currently hosted in the residencies in Milan, under protection of their privacy and anonymity.

Dimitri Bettoni from OBCT will moderate this session and he will also present the results of a collective work of a research group that will convene during the morning for a “from-practice-to-theory” round table. The group will explore the concepts of shelter residencies/shelter cities from a transdisciplinary perspective, with the aim of providing insights and recommendations to the stakeholders involved in the afternoon session. This research group comprises researchers and experts from the Bicocca University of Milan, the Hermes Center for Transparency and Digital Human Right, the Centre for Media Pluralism and Media Freedom of the European University Institute, and OBCT itself.

The evening session will be open to the public, both in presence and streamed through social media channels. Speakers will be journalists Nancy Porsia and Khalifa Abo Khraisse, past beneficiaries of the JiR Milan protection programme, Laura Silvia Battaglia documentarist, filmmaker and Italian representative of the Committee to Protect Journalists, and Lorenzo Bagnoli co-director of IrpiMedia. Christian Elia, co-director of Q Code Magazine and head of protected residences in Milan will moderate this session.

The event will be held in Italian and English, with simultaneous translation. 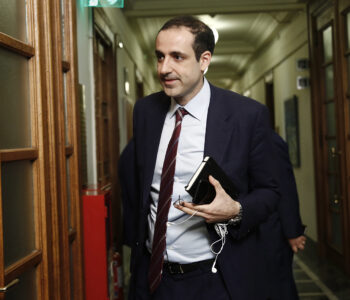