In the past six months, Bulgaria, considered the poorest and most corrupt country in the European Union, has undergone a serious change. After nearly 12 years of almost uninterrupted rule, prime minister Boyko Borissov left power. Following six months of political deadlock a four-party coalition appointed Kiril Petkov as Prime Minister. Parallel to the change of political power, however, there was another, no less significant change – in the media sector.

Last autumn Bulgaria was shaken by a wave of anti-corruption protests demanding the resignation of the center-right government of then Prime Minister Borissov and prosecutor general Ivan Geshev. Back then, the editorial policy of Telegraph and Monitor, two of the most popular daily newspapers in Bulgaria, suddenly changed. For years, the front pages of both publications, owned by then lawmaker and media oligarch Delyan Peevski, had run headlines targeting every independent voice against Peevski, Borissov and Geshev.

Judges, journalists, publishers, protesters, NGO activists, human rights defenders, EU diplomats, and opposition leaders were portrayed as members of a conspiratorial network undermining the country’s national interests. To illustrate this conspiracy, the two media outlets frequently resorted to the rhetoric of Hungarian Prime Minister Victor Orbán and the Kremlin, often packaging anyone who raised their voice against the status quo as “sorosoids”, enemies of the state or anti-Bulgarians.

But one year or so ago, those kinds of stories disappeared from both newspapers. Monitor and Telegraph continued to be supportive of Borissov’s government and the other powerful institution in Bulgaria – the state prosecution – but stopped attacking their opponents. In the following weeks, the archive of Monitor was suddenly purged of dozens of articles – either those praising Peevski or attacking his opponents.

This major shift in editorial policy was a clear indication that the Bulgarian media landscape was changing. In January 2021, United Group, the new owner of Nova TV, one of the three largest national TV channels, announced that it had agreed to buy Peevski’s newspapers – Telegraf, Monitor, Match Telegraf, Politika, Europost, Borba.

However, Peevski’s attempt to shrug off the image of a media mogul by simply selling the media he directly owned did not prove successful. On June 2, the US Department of  Treasury announced sanctions against Peevski under the Global Magnitsky Act, which imposes economic sanctions and entry bans for acts of significant corruption or gross violations of human rights. Those targeted by sanctions, and the companies they own, face extreme difficulties in using even the most ordinary banking services.

Suddenly, the country’s media baron, who owned the most popular daily newspapers and claimed to control a huge part of the remaining media landscape, had begun unloading media assets and withdrawing from the newspaper market.

The rise of a media oligarch

For years, Peevski has been the most prominent example of the constantly degrading media freedom in Bulgaria. At 41, Peevski is ironically called the “wunderkind” of Bulgarian politics. Since 2001, he has been an MP, an investigative-magistrate and deputy minister of emergency situations. In 2007, his mother, the former chief of the national lottery, bought the newspapers Telegraph, Monitor, and the weekly Politika. In 2013, his appointment as director of the State Security Service provoked mass protests and he was forced to resign the very next day.

Until 2016, while holding a public office for 15 years, Peevski’s asset disclosure declaration listed just a few real estate properties and an old car.  In 2016, though, the same year his mother donated him the media business, and he officially declared that he owned companies, some of them registered in Dubai. As of that moment, Peevski started declaring millions of euros as income from these companies. However, it remains unclear what exactly the business of his companies was and where their income came from during those years.

The Pandora Papers investigation revealed that Peevski controlled offshore companies that he did not disclose in his declarations, raising suspicions that his biggest investments remain secret. However, media investigations have linked Peevski to the ownership of Bulgartabac, a cigarette manufacturer sold in 2017 to British American Tobacco, as well as to construction companies that had won public tenders commissioned by the state. He is also linked to the ownership of “Sofia Print Investment” – a private printing house where approximately 90% of daily newspapers are printed.

Peevski’s name was also associated with the ownership of “Kanal 3”, a marginal private television channel, whose editorial policy often repeated verbatim the articles in Telegraph and Monitor. When another oligarch close to Borissov, Kiril Domuschiev, bought Nova TV in 2019, several key Kanal 3 journalists and managers were hired by Nova. In 2020, Kanal 3, as well as two other small music channels and three radio stations, were sold by Nova just before the deal with United Group. 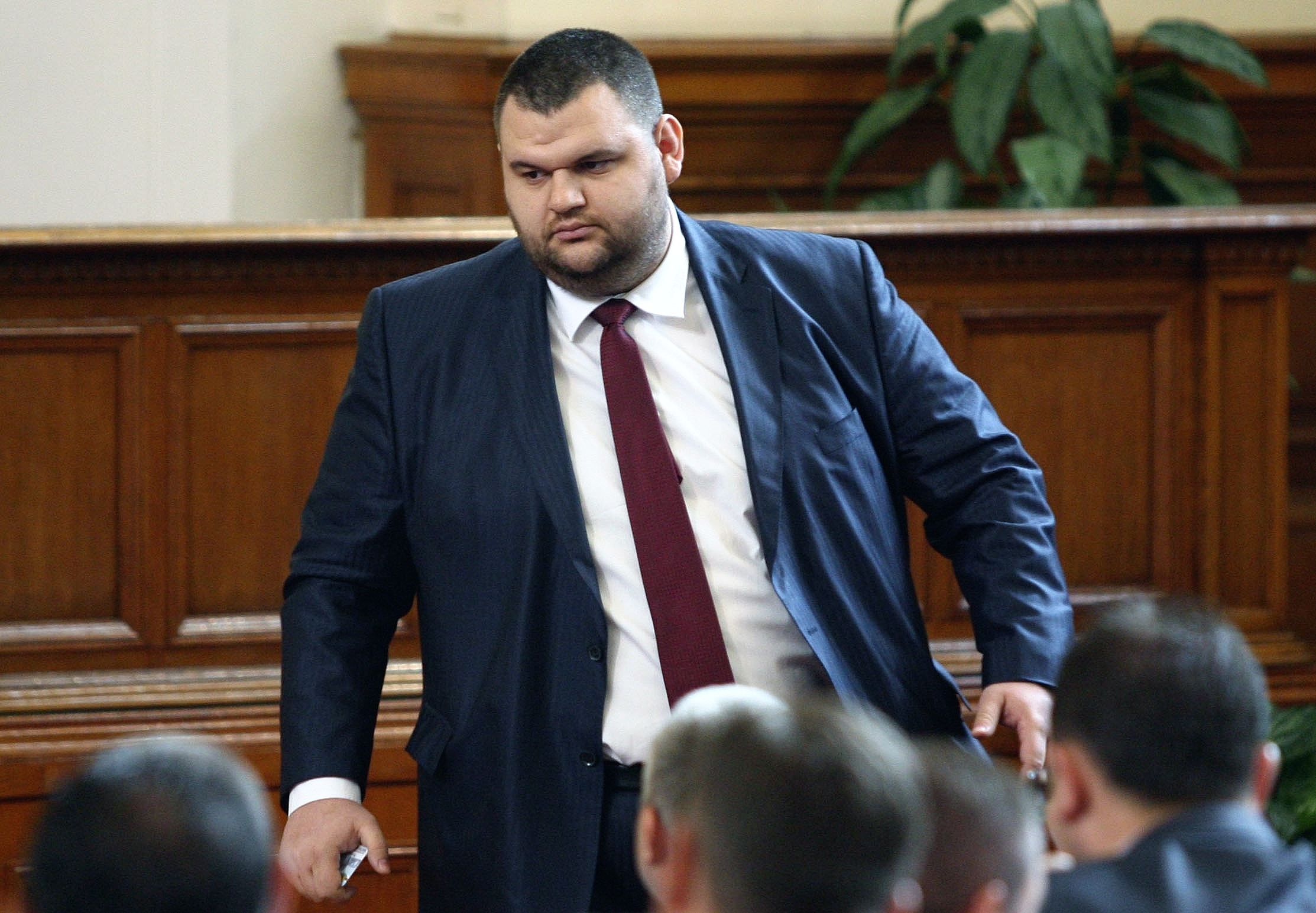 It is believed that Peevski’s influence in the media sector goes far beyond direct ownership. Most likely the main reason for this is that for years Peevski has built the image of a power broker with strong connections within the judiciary, law enforcement, state regulators, and the executive.

For years, the editorial policy of his newspapers was replicated by national TV channels, websites, and other print outlets. Mainstream media abstained from even mentioning his name, as did official institutions. When Magnitsky Act sanctions were announced on June 2 this year, the news quickly made front-page headlines. However, in the evening news broadcast of Bulgarian National Television, no information was given on why Peevski had been sanctioned.

According to journalistic investigations, the businesses controlled by Peevski are much more than those he officially owns. This would enable him to channel financial resources to the media in an opaque way.  In 2016, for example, court records revealed that Bulgartabac’s advertising agency had paid hundreds of thousands of euros for advertising to a website close to Peevski, without it having published any ads at all.

The close relationship that Peevski developed with the government during Borissov’s rule also gave him a strong role in the executive branch. In July 2020, in an attempt to ease the tension around the looming protests, Borissov dismissed three ministers over accusations of being linked to Peevski.

Controlling the executive means more control of the media. EU funds and advertising contracts with the national government or local authorities are an important source of revenue for Bulgarian media which could also be used as leverage to control editorial policy. For the past four years, €5 million was distributed by the government to the media to promote programs, funded by the EU. Appointments to the media regulator, which selects the management of the public Bulgarian National Radio and Bulgarian National Television, is also a way to control these outlets’ editorial policies.

Similar to the influence in the media, the influence that Peevski has in the judiciary, the executive, and the security services is hidden and much greater than the role of an MP who almost never set foot in Parliament till this year. In 2019, a judge revealed publicly what the informal procedure was to be appointed as head of a court at the lowest level of the hierarchy: he had to personally meet in a restaurant in the capital and be approved by Peevski. The meeting was brokered by the president of the Supreme Administrative Court.

According to the press release of the Treasury Department, the sanctions were imposed because he “negotiated with politicians to provide them with political support and positive media coverage in return for receiving protection from criminal investigations.” Such quid pro quo, of course, would not have been possible if Peevski did not control certain publications (much broader than the newspapers he officially owned), the security services, and the prosecution.

After the announcement of the sanctions under the Magnitsky Act, the Bulgarian prosecutor’s office announced it was launching a probe, reminding that Peevski had been investigated by the authorities many times before without finding any wrongdoings. The caretaker government adopted a list that expanded the circle of individuals linked to Peevski and the others sanctioned and effectively banned the state from having relations with them.

It does not take a rocket scientist to see that these three rankings are directly related. The lack of media freedom allows abuse of power and corruption to thrive. A dysfunctional judiciary makes even the few independent publications an easy target for politicians with consistent disregard for press freedom.

Paradoxically, the sale of Peevski’s newspapers to the United group, the only direct effect of the sanctions on the media landscape in Bulgaria, came before they were even imposed: the newspapers ceased the smear campaigns against Peevski’s opponents. However, this will hardly be enough to eradicate the problems of the media environment in the country.

While the sanctions imposed on the media mogul by the US authorities exposed his use of media ownership to yield political influence, they have done little to fix the toxic media environment in Bulgaria. They will not make the government distribute EU funds in a fair and balanced way. They will not guarantee the security of regional and investigative journalists. Nor will they stop the police from beating up reporters.

This article is part of IPI’s reporting series “Media freedom in Europe in the shadow of Covid”, which comprises news and analysis from IPI’s network of correspondents throughout the EU. Articles do not necessarily reflect the views of IPI or MFRR. This reporting series is supported by funding from the Friedrich Naumann Foundation for Freedom and by the European Commission (DG Connect) as part of the Media Freedom Rapid Response, a Europe-wide mechanism which tracks, monitors and responds to violations of press and media freedom in EU Member States and Candidate Countries.